[For articles on the “Sabbath of Vayra" in Hebrew, click here] 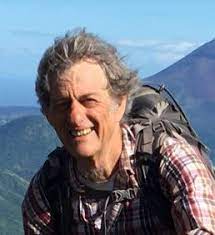 I am yet to find any Torah commentary that would try and explain where to did Sarah order Abraham to ‘’cast out’’ Hagar and Ishmael (or in Sarah’s harsh words in this weekly portion Vayera: ‘’this bondwoman and her son’’ -- Gen 21: 10)? Indeed, Abraham hastens to do as ordered and he ‘’sent her away’’ – somewhat different from ‘’cast out’’ -- with their child whom he obviously loved, doing so with a very excruciatingly agonized heart. Moreover, could the wealthy Abraham afford only ‘’bread and a bottle of water’’ for provisions to supply them with? Why such scanty provisions that surely could not last for more than a few hours?

Are we to see in this episode a demonstration of sheer cruelty,  especially when seemingly there was no specific destination for this miserable mother and child to turn to but to a vast desert, where no subsistence would be possible unless they arrived in a settlement or town? Yet, though we know that this is what ultimately happened after a near-death experience for Ishmael and Hagar, when the otherwise experienced-desert-navigator mother quickly, almost instantly, became disoriented and  ‘’strayed in the wilderness of Beer-sheba’’ with no water or bread.

We know that the two actually settled somewhere because Ishmael becomes a bowman in the Paran desert (where sustenance must have been available), his mother was able to marry him off to an Egyptian woman, and they lived close enough to Abraham’s neck of the woods; when the first Patriarch dies, Ishmael receives the text and he would be able to make it in time to Hebron to bury his father in the Cave of Machpela joined by his brother Isaac (Gen. 25:9).

So, let us turn back to the questions already raised above for we find no commentator who would tell us where did Sara mean for Abraham to expel Hagar and Ishmael too, and where to did Abraham dispatch them, with almost no foodstuff to last more than a few hours, notwithstanding the fact that Hagar had a prior experience in finding water in the desert?

Since the commentators whom we usually would turn to do not connect the dots for us on this account,  join me for a possible scenario; at least this is the only one that we find out there. Ready?

Right before we read about the forced departure of Hagar and son we read of the kingdom of Grar, presumably not very far from Beer-Sheba, where Abraham had sojourned not long before and all members of his household must have become familiar with the area.  Most likely Grar was near the Mediterranean Sea, or Gaza today, not a long-distance even by foot from Beer-Sheba (about 114 miles, perhaps not that far, yet taking into account the availability of side road lodgings, the kind that Abraham and Hagar were familiar with on their travel from Egypt back to Canaan (as in Genesis 13:3). Later, Isaac and Rebecca will travel to the city of Grar; no, they did not need a ‘’visa’’ because Avimelech the King of Grar had told Abraham: ‘’Behold, my land is before you! Dwell where it pleases you (Gen. 20:15).

It is hard not to consider this option because we have already learned in the Torah that even when one is sent off, he is sent off to an alternative destination, such as in the expulsion from the Garden of Eden of Adam and Eve ‘’to till the ground from where he was taken’’ (Gen. 3:23). Similarly, when Abraham sends off late in his long life the children of his concubines, he gives them gifts, ''and he sent them away from his son ...eastward, unto the east country'' (Gen 25:6), yet, to a specific destination.

In the absence of a better option, we may consider the possibility – though not mentioned in the Torah – that Abraham sent off Ishmael his son and his mother to Grar, and the parsimonious provisions should have been sufficient for a quick walk to Grar, a trail that the desert savvy Hagar should have been familiar with, or at least to the next inn en route.  Why she lost her bearing is a different question; speculatively, not for the lack of a GPS… But we should avoid the thought that even Sara, let alone Abraham, expelled or sent off Hagar and Ishmael while wanting them to get lost and perish in the desert. They had a not-very-far destination on what must have been a beaten track with available lodging options along with it till reaching their destination, not too far for Abraham for an occasional visit, but far enough from Sara…

[For articles on the “Sabbath of Vayra" in Hebrew, click here]

One thought on “
Yossi Feintuch:
Where to did Abraham sendoff Hagar and Ishmael? Connecting the dots on an unresolved case”