The main influential factors on student attitude towards school and his readiness to learn, are his friends of the same age, even more than his parents (Wilkinson & Kraljevic, 2004; Sherman et al., 2002). Are we correctly understood what is really going on inside those youth groups in schools?

Lack of friends is a warning sign for a young boy, who could endanger himself and others. Finding these children on time, and empowering them, can reduce the danger and improve their study achievements (Wilkinson & Kraljevic, 2004; Sherman et al., 2002). How successful are we in identifying them on time?

The integration of 'special education' children in 'regular' classes is a major challenge. It has an immense importance on integrating them fully as equal and productive members of society. Do we know how to measure the integration of each one of them?

Complex systems - like a group of children and teachers - are inherently elusive and difficult to understand fully. Network simplifies complexity and makes it visual. In recent years there have been developments in theory and practice, enabling to consolidate networks based measurement tools for various issues in the social sciences, which has significant implications, also for education. This article will focus on that.

We define "network" as a set of interconnected elements / nodes. Through those interconnectivities (linkes), material, energy and information can be transferred. Networks are an effective visual expression of complex systems: organizations, schools, kindergartens, etc. (see chart below): 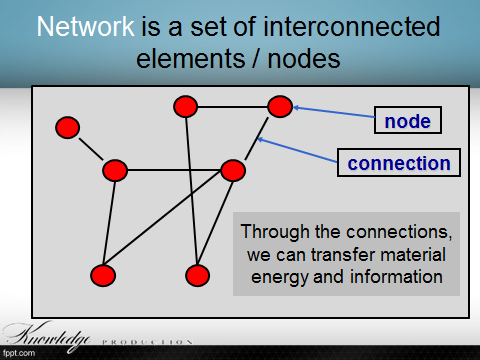 The way that linkes are being deployed throughout the network, is the basis for understanding the complex system. Different deployment of links between the nodes will create two distinct systems, with contradictory characters!

The tool that uses network for analyzing and understanding various types of organizations is called "organizational network analysis - ONA". The use of this tool is nothing less than a revolution, that will intensify over the next decade! It changes the management world, and our understanding of organizations, and the patterns that control them. It gives us a fast and accurate detection of social skills and highlights the roots of the problems - rather than the symptoms - in classrooms. for example, we can easily detect the:

In recent years, computer skills - that describe Networks graphically (see below), to reflect organizational structures and processes - were very much improved. Measurement opens up possibilities for extracting effective management tools using metrics, and even presentation of complex issues and fine distinctions, like the difference between 'cooperation' and coordination. Furthermore. computers have been evolved, and their abilities allow the operation of varied measurement systems for networks (Razy and Yehezkeally, 2012; Aalst and Song, 2004).

In recent years, Networking Revolution received a big boost in organizational diagnosis, and expanded into areas such as education and competitive sports. 18 case-studies conducted in the last two years in different classes - from kindergarten to the end of high school - provide significant insights about the implications for the use of this tool by the staff in educational institutions. The results indicate no less than a revolution!

"Networking revolution in management" consists of three networking features, that are relevant to us: network reflects the system's characteristics; Visualization; Measurement and comparison:

Fear from power is the complement's concept to "Power". Powerful children who do not tend to cooperate usually, may join forces against an opponent.

An experienced team should know how to diagnose the children, as individuals and as a group. However, the case-studies indicate that they have difficulty in correctly diagnosing the powerful children. What is more important, in my opinion, is the fact that they also fail to diagnose the disconnected children. It happenes because of the manipulation of powerful children. For example, we found a 'class queen' who was hiding behind an impostor. This phenomenon of mistaken diagnosis is not unique to education. In many cases, organizations managers were constantly surprised from network diagnostic findings.

From what a class network is made of?

The network is made of two sub-networks: a friendships network and a learning connections network. Both networks are integrated to one, that shows the class network of power: 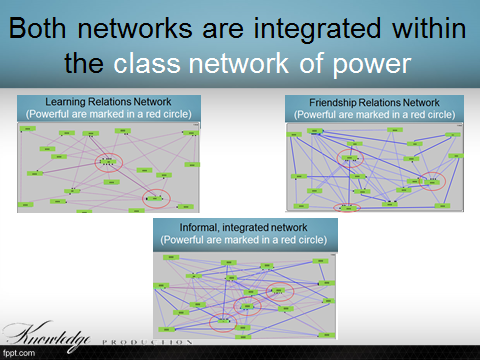 What is the process of a Network Diagnosing?

The role of the questionnaire is to identify the location of the child in the network. Here is a sample of a kindergarten questionnaire (in this case, the teacher asks the questions and feeds them to a computer).

Illustration of the computerized report

All data presented above drains to one network diagram:

Below is a report, and a network image from other reports, reflecting low social cohesion of a class, slashed into cliques, connected by "intermediaries" Children: 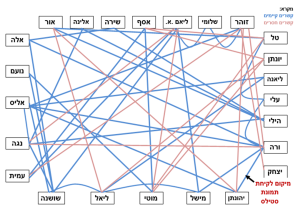 Comments of kindergarten and school teachers, and school directors, after learning the report:

When should we use ONA?

We can configure ONA  as "Disruptive Innovation", because of the absolute advantage it has over the traditional diagnosis.

Network diagnostics - like all new domains - requires experience and skill acquisition. Now is the opportunity to gain it. Breakthroughs take time to sink in. For example, the medical use of Penicillin was started only ten years after its discovery; The internet and laser needed a long time to find their place; And so on. However at a certain point, those changes become viral.

When ONA becomes viral in the education field, the benefit will be in the hands of those who know and accumulated knowledge about using ONA effectively!

One thought on “Networking revolution in education”