[In the picture: Moses and Aaron, who is the leader? The image is a screenshot from the YouTube video: "יציאת מצרים - משה ואהרון - לאיתוראן"]

[For articles on the “Sabbath of Ki Tissa" in Hebrew, click here] 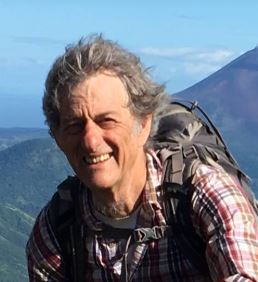 After shattering the two tablets of stone with God’s holy writ on them, Moses says angrily to Aaron: “What has these people done to you that you have brought a great sin unto it?”  Rather than owning up to his failed leadership by not standing up to the people, who had demanded the making of a golden calf to supersede Moses on the 40th day since his “disappearance”, Aaron blamed the people. “Let not the anger of my lord wax hot; you surely know the people that are set on evil”. Aaron, the High Priest-designate, does not shoulder any personal responsibility in this traumatic episode. His role in the making of the golden calf was, as he replies to Moses, totally innocuous; why, the people wanted a god “which shall go before us”. So when the people gave their gold to Aaron, he simply cast it in fire, and lo and behold a golden calf panned out. This despite the fact that it was Aaron himself who, using a graving tool, deliberately made “a molten calf.”

[The painting was uploaded to Wikipedia by the Providence Lithograph Company. Painting is in the public domain]

Clearly, Aaron tries to exculpate himself by throwing the people under the wagon wheels; Moses, by contrast, defends his people before God and ultimately talks Him out of the idea of creating a new people from his own line. To begin with, Moses tells God that to “blot out” Israel – just like God’s design for Amalek – would receive "awful" headlines in Egypt’s "social media", while upending God’s covenantal pledges to the Hebrew Patriarchs to multiply their seed and to bequeath the promised land to their descendants.  Moses, like Abraham before him upon hearing God's design for Sodom, spoke truth to power.  Aaron did not even try to dissuade the people from their sinful idolatrous solution to Moses’ absence; indeed, evil wins when good people, like Aaron, don’t oppose it head-on.

On Shabbat Zachor before Purim we read about another failed leader in Israel, King Saul; he too emulated Aaron’s conduct by not taking a stand against his warriors who took the best of Amalek’s livestock as war spoil, though God’s command called for their total dispatch. Saul tries pathetically to come clean as he says to Samuel that it was not his fault but his warriors’ who designated the booty for sacrifices to God. Though he first placed the blame for his lack of leadership somewhere else, King Saul would soon realize what he did and confess: “I have sinned; for I have transgressed the commandment of the Lord, and your words; because I feared the people, and hearkened to their voices.” Aaron would never do so, and yet he would be awarded with the priesthood for him and his descendants. Perchance, Samuel managed to bring King Saul to admit his wrongs, while Moses failed to elicit a similar "mea culpa" from Aaron, because Moses, unlike Samuel, reproached Aaron angrily, thus failing himself the insight that "The words of the wise are heeded when spoken out softly" (Ecclesiastes 9:17).

Who is a leader then? "My definition of a leader” says Harry S Truman “is a man who can persuade people to do what they don't want to do… and like it." Aaron did not even try to; is that why the people loved him more than they loved Moses?…

[For articles on the “Sabbath of Ki Tissa" in Hebrew, click here]

2 thoughts on “Yossi Feintuch: Who is a true leader – Aaron or Moses”