Dr. Maria Chr. Alvanou is a Criminologist & a Counter-terrorism Expert 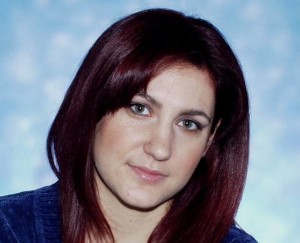 The UN Security Council "condemned in the strongest terms the terrorist attack against the Embassy of Israel in Athens, Greece, on 12 December, involving dozens of shots fired at the Embassy building, and underlined the need to bring its perpetrators to justice".[1] Indeed the attack is still under serious and rigorous investigation by the Greek counter- terrorism authority.

The Greek government has long ago ranked the fight against terrorism as a priority, since obviously the terror scene in the country did not close with the apprehension of members of both the notorious organizations “17 November” and “ELA”[2]. Not only that, but since 2007 new organizations have taken the lead in terror activity[3]. Obviously a strategy of successful police operations ending in arrests cannot efficiently deal with the issue[4]. If a strategy of preventing radicalization to violent extremism and de-radicalizing is absent, then countering terrorism seems like the struggle against the mythical monster Lernean Hydra: one head is chopped and ten new others come out. What we see in recent years is that, despite the successes of the Greek law-enforcement in arresting alleged members of terror and despite convicted by the justice system and serving time in prison members of terror organizations, terrorism is still an alive threat for the country.

The attack against the Israeli Embassy in Athens should be looked into taking into account the whole picture of what has been happening in the country this period.

Chronologically, the attack came quite soon after a visit to Israel by the Greek Minister of Citizen’s Protection Mr. Vasileios Kikilias. The Greek media portrayed this visit as the beginning of a close cooperation in the security sector as well as importing Israeli technology and know-how for the fight against terrorism[5]. Special reference was made in the alleged import of “drones” from Israel[6].

According to the communication by the Israeli Foreign Ministry Spokesperson: “The attack on the Israeli embassy in Athens is another link in the acts of violence resulting from the Palestinian Authority's anti-Israel incitement that is disseminated around the world by PA leaders and pro-Palestinian organizations”. Things are much more complicated though. First of all, there is still no official declaration of responsibility for the attack by any Greek group. Such a declaration usually comes with a statement that reveals the scope and the intentions behind choosing a specific target. The rhetoric of the organization, furthermore, can reveal more than just the choice of target. A competent analyst can trace the ideological platform upon which the organization acts and gather valuable info for the whole presence of the organization on the terror scene. Though all the evidence presented by the Greek authorities up to now point to the group “OLA”[7]- especially those connected with weaponry[8] and operational ways- apart from lack of a responsibility declaration there are also no arrests, no concrete conclusion. Also, it is not known, but it should be investigated- even if “OLA” has perpetrated the attack- whether there are any links (operational, ideological, in terms of moral support) with organizations from abroad and more specifically any Palestinian or Arab links.

Regarding anti-Israeli sentiments that offer a fertile ground for attacks against targets connected with the State of Israel inside Greece, the recent war in Gaza must be taken under consideration. The public opinion in Greece, as well as in other countries, perceived the war as targeting the Palestinian people and, even more horribly, as targeting innocent women and children. Despite the fact that Israel was actually fighting against Hamas and its terror tactics, there was an active expression of solidarity by the public opinion towards the Palestinian side[9]. In addition, although Jewish identity is not automatically connected with Israeli citizenship, for many people the State of Israel is synonymous with Jews. Hate speech against Jews, vandalism against Jewish cemeteries have occurred in the country[10], showing that anti-semitism is present. For some Greeks even the current economic crisis is connected somehow with the known Jewish conspiracies theories (involving banks, bankers, banking systems, international organizations) against the Greek nation[11]. Of course, the official Greek State has taken distances from such approaches and has even declared in the most profound and absolute way that the cooperation with Israel will not stop, recognizing Israel as a valuable partner[12].

The timing of the attack is also important and not irrelevant, as the operation took place during a period of unrest. 6 years after the December riots of 2008[13] (that started after the killing of a teenager boy by law enforcement officer), during the first weeks of December 2014 there were once again incidents of extremist violence troubling Greece. Demonstrations resulted in burned shops, cars, properties and public buses were hi-jacked just to be burnt and destroyed at the end[14]. The event that started this round of violence was linked to December 2008, as it concerned the friend of the December 2008 victim and witness of his killing, who now is imprisoned for armed burglary[15] and was for days in hunger strike. The hunger striker was protesting against the decision of the prison authorities in charge of exit permits to deny him attending university courses (although he successfully sat for the relevant entering exams). Many people protested for his right to education, but also anarchist and anti-establishment groups took action, pledging alliance to the hunger striker[16].

Terror attacks like the one against the Israeli Embassy and generally extremist violence is the last thing the country needs now. The political circumstances are very critical. There is a political thriller going on about the election of a new President and if this is not made possible by this Parliament (because the present coalition government[17] won’t succeed in finding adequate votes to support its candidate) the country must be led to general elections for a new Government. The political confrontation between the government and the leading opposing party[18] can be described as very harsh and people appear polarized, while the background is characterized by frustration about the economic situation of the country and the hard measures adopted.

In this critical political circumstance Greece needs more than ever peace and undisturbed relationships with the international community. Attacks on foreign embassies destabilize the whole image of the country abroad and can even affect the Greek “heavy industry” of tourism that is feeding economy, if foreigners label Greece as an unsafe destination for travelers. Israelis have been a growing tourist force for Greece (especially in Salonika, where strong historical bonds exist due to the large Jewish community that used to thrive in the city before the Holocaust) and Greece wishes of course to continue to be a safe travel destination for them.

While the machine guns on December 12, 2014 seemed to aim at the Israeli Embassy in Athens, the truth is that they also hit the Greek state. Once the research is concluded and the identity of the group responsible plus its rhetoric appear, then it will be clear who exactly was truly the prime target and who the collateral damage. Did the group want to attack the “bad” Israelis and Greek soil was just an operational circumstance? Or did it want to attack the “bad” Greek government for its choices in governing the country, foreign policy, foreign partners, counter-terrorism strategy and just used the well guarded Israeli Embassy as a way to show its operational power and potential? One thing is for sure, this attack should serve as an opportunity for Greece and Israel to become closer partners. There are not only cultural, historical, geopolitical ties between the two countries, there is also a common enemy to be fought: Terrorism.

[2] The organization “17 November” was named after the events of resistance that took place in November 17, 1973 against the Colonels’ dictatorship that led to the tragic death of Greek citizens and the entering of a tank through the gates of the Polytechnic School in Athens. The organization “ELA” (acronym) stands in Greek for Revolutionary Popular Struggle.

[4]It is not implied in any way that a State can ever eradicate any terrorism threat. This would be a utopia at best. But an efficient strategy works towards minimizing the opportunities for terrorist groups to form, recruit and operate. It works not only regarding perpetrators of violence, but also to ensure that the political and social reality is not fertile for terror activity.

[6]From the Greek press indicatively: http://www.newsbomb.gr/ellada/astynomiko-reportaz/story/526228/ti-einai-ta-drones-poy-fernei-o-kikilias-stin-ellada-pics (in Greek, accessed 18-12-2014), http://www.newsbomb.gr/ellada/astynomiko-reportaz/story/526228/ti-einai-ta-drones-poy-fernei-o-kikilias-stin-ellada-pics (in Greek, accessed 18-12-2014).

[7] The Acronym “OLA” stands in Greek for Group for Popular Fighters. It is a group that took responsibility with a declaration on January 14, 2014 for the attack against the home of the German Ambassador in Athens on December 30, 2014. Indicatively from the Greek press http://newpost.gr/post/406340/milhse-h-ballistikh-h-ola-pisw-apo-thn-epithesh-sthn-israhlinh-presbeia (in Greek, accessed 18-12-2014).

[8] The ballistic report has shown that it is the same weaponry (Kalashnikov machine guns) used for the attack against the German Embassy. But trading arms is not unknown in terrorist and criminal circles, so while it is a very strong indication for the involvement of “OLA” in the attack, until more corroborating evidence or a declaration of responsibility is made, a window should remain open for the possibility of other perpetrators.

[9] Yet it should be noted that the Greek press presented also evidence that Hamas was targeting the security of Israel. See indicatively from the Greek press an article titled: “For these tunnels Israel started the war in Gaza”, http://www.iefimerida.gr/news/164200/%CF%84%CE%BF%CF%8D%CE%BD%CE%B5%CE%BB-%CE%B3%CE%AC%CE%B6%CE%B1 (in Greek, accessed 18-12-2014).

[10] For example vandalisms in the Jewish cemetery in Thessaloniki on May 2014, see: http://tvxs.gr/news/topika-nea/bandalismoi-sto-ebraiko-nekrotafeio-thessalonikis (in Greek, accessed 18-12-2014), http://tvxs.gr/news/topika-nea/bandalismoi-sto-ebraiko-nekrotafeio-thessalonikis (in Greek, accessed 18-12-2014).

[15] The hunger striker had also been charged with terrorism, but the Greek court did not found him guilty on that charge.

[16] Fortunately, with a legislative initiative of the Government that was unanimously accepted by the Greek Parliament,  the matter seems now to be solved and  the young man abandoned the hunger strike, http://www.tovima.gr/politics/article/?aid=658163 (in Greek, accessed 18-12-2014).

[17] The present government of Greece is a product of parliamentary cooperation between the political parties of “Nea Democratia” and “PASOK”.

[18] The leading opposing party in Greek parliament is SYRIZA.

One thought on “
Dr. Maria Chr. Alvanou: The attack against the Israeli Embassy in Athens: considerations in the context of Greek security
”